I’m at least nine days late making this post, but I love music more than most things and I couldn’t let my favorite jams of 2015 go unappreciated. That being said, though belated, here are my top five albums released in the 2015 calendar year.

I’m not usually much of a folk fan, and I don’t listen to much soft music in general (with the exception of post-rock). However, this record caught my ear the first time I heard it (which was through playing the LP on a turntable as my friends began a journey to change my metalhead ways).

Anyways, this record is simply haunting. It’s sad, depressing, and perfect for a rainy day. But it’s also great music. Sufjan details his broken relationship with his mother in a raw manner, but provides calming instrumentation to create an overall soothing experience. Some of my favorite moments are the reflective instrumental breaks that give the listener some time to chew on the heavy lyrics. Carrie & Lowell is a good companion to a hot mug of tea.

Jesus I need you, be near me, come shield me
From fossils that fall on my head
There’s only a shadow of me; in a manner of speaking I’m dead

Yep. I’m completely unashamed to say that Justin Bieber released one of the best records of 2015. This album is inventive, versatile, and most importantly, honest. It details Justin’s struggles as a young person dealing with one of the most inflated examples of fame in, well, all of history. The lyrics recount his newfound purpose coming from belief in God.

My respect grew immensely for Justin as a result of listening through this album, both as a person and an artist. He’s using his platform for good, and I respect that. Additionally, there’s a reason he broke the record previously held by Drake and some band called The Beatles for most simultaneous Billboard Hot 100 hits – that reason being that the tunes on this record (pretty much all of them) are catchy, memorable, and just good. Well done, JBiebs. I’m a Belieber now.

Favorite lyric:
I put my heart into your hands
Here’s my soul to keep
I let you in with all that I can
You’re not hard to reach
And you bless me with the best gift
That I’ve ever known
You give me purpose
Yeah, you’ve given me purpose

Although admittedly trippy and nonsensical as far as lyrics go, the sophomore release from Purity Ring is an electro-pop masterpiece. This group – which consists of just a male DJ and a female vocalist – completely opened up a new taste of music that I never knew I had when I originally listened to its previous album. When this record came out, I was a little disappointed that it seemed to be dominated by an EDM feel. However, the catchy beats grew on me and the true talent of both members of the group shone through each song.

Another key element to this album is that you can easily dance to every song. That’s important.

Favorite Lyric: I have no idea. Their lyrics make no sense. 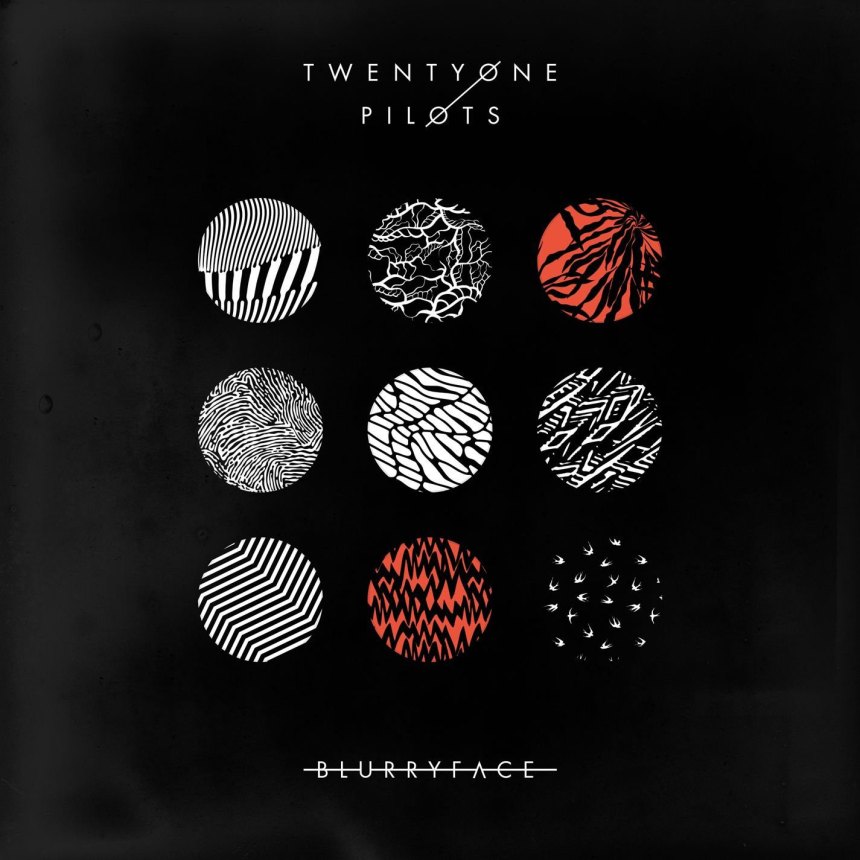 These dudes blend just about every existing genre of music into 14 equally entertaining tracks that also have significant lyrical value. Potentially the most important characteristic of this album is that it’s real. The lyrics describe inner and outer battles with self-esteem, doubt, life, death and everything in between. The album is both thoroughly entertaining and simultaneously challenging. It’s very encouraging to me that raw stories of true wrestling with God and His Word are being brought into mainstream music.  Many of its lyrics take the form of conversations with God (in fact, my good friend Zack, who so generously introduced me to the genius of this band, pointed out that “Goner” is basically a re-written Psalm). This album is an emotional rollercoaster with musical influences from the 1980s, 1990s, 2000s, and hopefully the future.

Favorite Lyric:
Even when I doubt you, I’m no good without you. 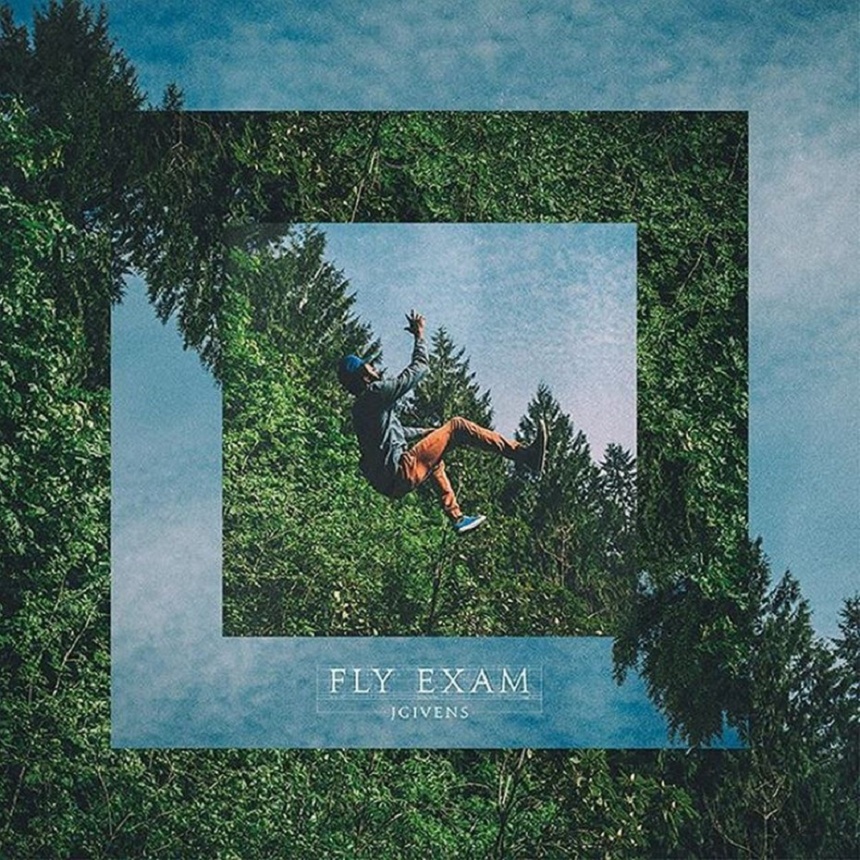 If you’ve been around me at all in the past three or four months, you knew this was coming, because I can’t stop talking about, thinking about or listening to JGivens’ brilliant hip-hop creation otherwise known as Fly Exam.

Here’s how it went down. I heard that Humble Beast had a new artist named JGivens. I like Humble Beast (that’s an understatement), so I knew he’d be worth checking out. Little did I know he’d soon become my favorite rapper and create my favorite hip-hop record of all-time. Or that he’d be the Christian version of Andre 3000 + Kendrick Lamar + everything that’s good in rap. I listened through Fly Exam all the way through when it first came out and I was absolutely in awe of what I heard. Here’s what I heard:

I don’t even know where to begin. This dude can write, rhyme and groove with the best of them. In fact, he IS the best of them. Throughout Fly Exam, you’ll find lyrical double (sometimes triple) meanings, intelligent and ongoing metaphors sometimes two or three levels deep, thematic developments throughout the album, and irresistible beats that will move your fingers to the repeat button time and time again. I’ve listened through this album probably more than 100 times (not an exaggeration), and each time through I’m still collecting little bits of lyrical creativity that I’d never before noticed.

JGivens has taken creativity to a new level. But Fly Exam isn’t just good because it’s creative, but because it’s impactful. JGivens comments on social and political issues facing both non-Christians and Christians alike in a fresh way that is never devoid of the Gospel. He engages listeners with the ugly heads of racism, drugs, and other cultural problems while pacing the discussion with grace. And discussion is exactly what it is – because this album isn’t one-sided. As the listener, you’re not just the listener. You’re confronted with necessary personal conversations about issues you probably don’t default to thinking about.

You’re also inclined to dance, praise, and rap along (even though your friends are probably less than satisfied with that last one, as I’ve experienced). This album was a constant pick-me-up this year. Every time I turned it on, it felt fresh, even if I had already memorized every lyric. That’s how I know it’s great music. I absolutely cannot wait to see what JGivens has in store for the future, because Fly Exam is straight gold.

Favorite Track: “Take Off With Me” (which features his cousin and fellow rapper, John Givez. Here, I was simply picking the most favorite of all favorites, because I love every song on this record)

Favorite Lyric: How in the world am I supposed to pick one? I’ll go with the one I found most entertaining:

I’m antisocial
When I need my space, then I ran like Flo-Jo
And I hid my face
And now I’m lost in space in a coffin, solo
Han Solo
ET better keep that phone on, ET better phone home
Gotta be wise like Sam when it ring like Frodo
Sabotage, crash land of God
Give a hand to God
Michelang-applause
Watch that H-A-N-D heal
Hand of God
Supermand of God
That’s that M-A-N D. Steele

– “Lost in Space” (you could spend hours tearing apart the meaning of the verse I provided. It’s incredible.)